Reasons To Migrate From Shopify To WooCommerce 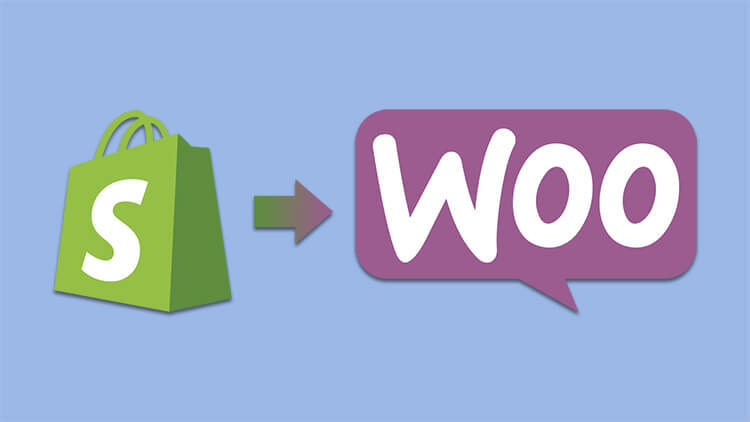 Looking to take your ecommerce game to the next level, but feeling like you’re being held back by the ecommerce platform you got started with?

It’s actually quite a common problem — one that tends to appear when you’re ready to assume greater control over the finer details you were previously happy to overlook. One of the most common migrations in ecommerce today is store owners going from Shopify to WooCommerce.

As you’re reading this, it’s likely you’re running your ecommerce store on Shopify. While a Shopify store is a great place to get started and a platform with a lot going for it, so is WooCommerce — and you just might find that migrating from Shopify to WooCommerce leaves you in a much stronger position.

Of course, undertaking the migration process can be difficult and confusing, especially if it’s your first time. If you’re not sure you want to migrate and find yourself stuck trying to make a decision, here are some reasons why you should move your store from Shopify to WooCommerce. 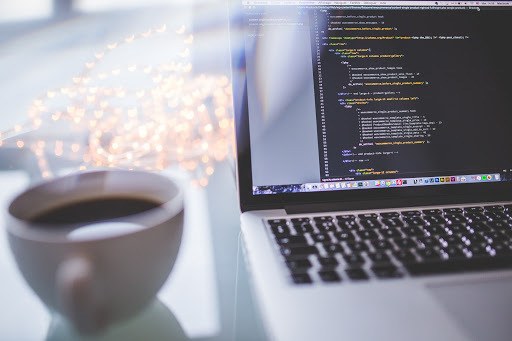 Shopify is a closed-source system, meaning that you don’t have extensive access to the vital system files and you’re not allowed (or able) to make widespread modifications. This is fine for most people, but if you aspire to fully optimize your Shopify store — making it everything it can possibly be — then you’ll soon start to wish that you had more power.

WooCommerce, being an open-source solution, grants you that power. If you want to completely rework core parts of the plugin, you’re free to do so. If you want to set apart your blog posts from competitor’s and attract a new type of customer, you can. If you want to create a store with a design style that goes completely beyond what can be achieved with a Shopify theme’s customization options, you’re only limited by your imagination. Open source solutions are a creative developer’s best friend.

Consider yourself creative, ambitious and uniquely placed to conquer your marketplace? You might find it very freeing to migrate from Shopify to WooCommerce.

Developers are easy to find 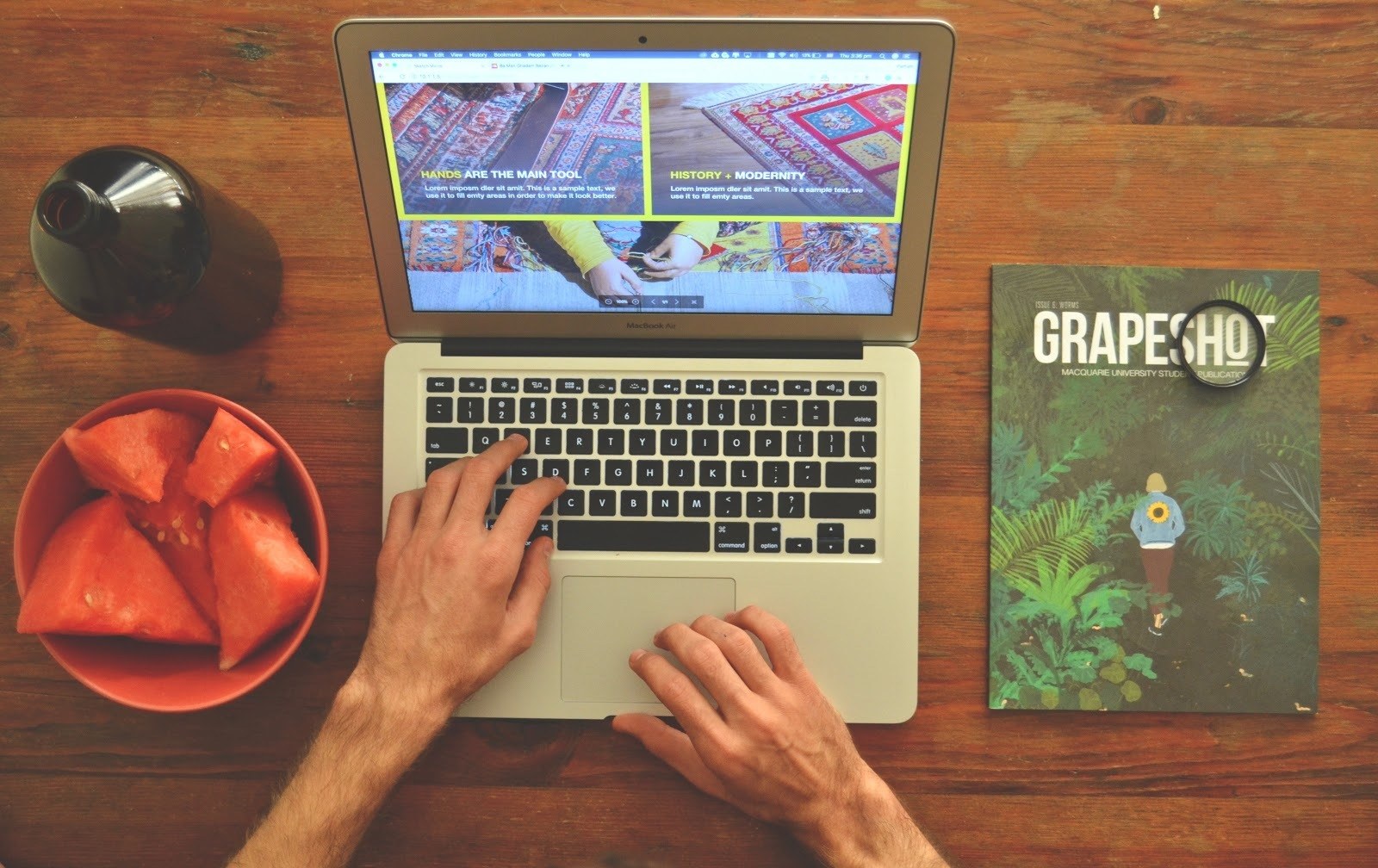 Shopify supports both add-ons and custom development through its Liquid template language, but the possibilities are limited.

Because Shopify has such a focus on convenience (and features being handled internally), there aren’t so many developers out there working on it. If you decided that you wanted a new feature installed on your Shopify store (and you couldn’t find an existing add-on to handle it), then you might have a tough time finding a developer.

WooCommerce, though, has a thriving community complete with an abundance of developers. Beyond the basic functions, so much of WooCommerce had to be developed by the community, and it certainly doesn’t help that WordPress (the underlying platform) is free, extendable, and the most widely-used CMS in the world — itself supported by countless great developers. It won’t take you long at all to find a decent and affordable WooCommerce developer. 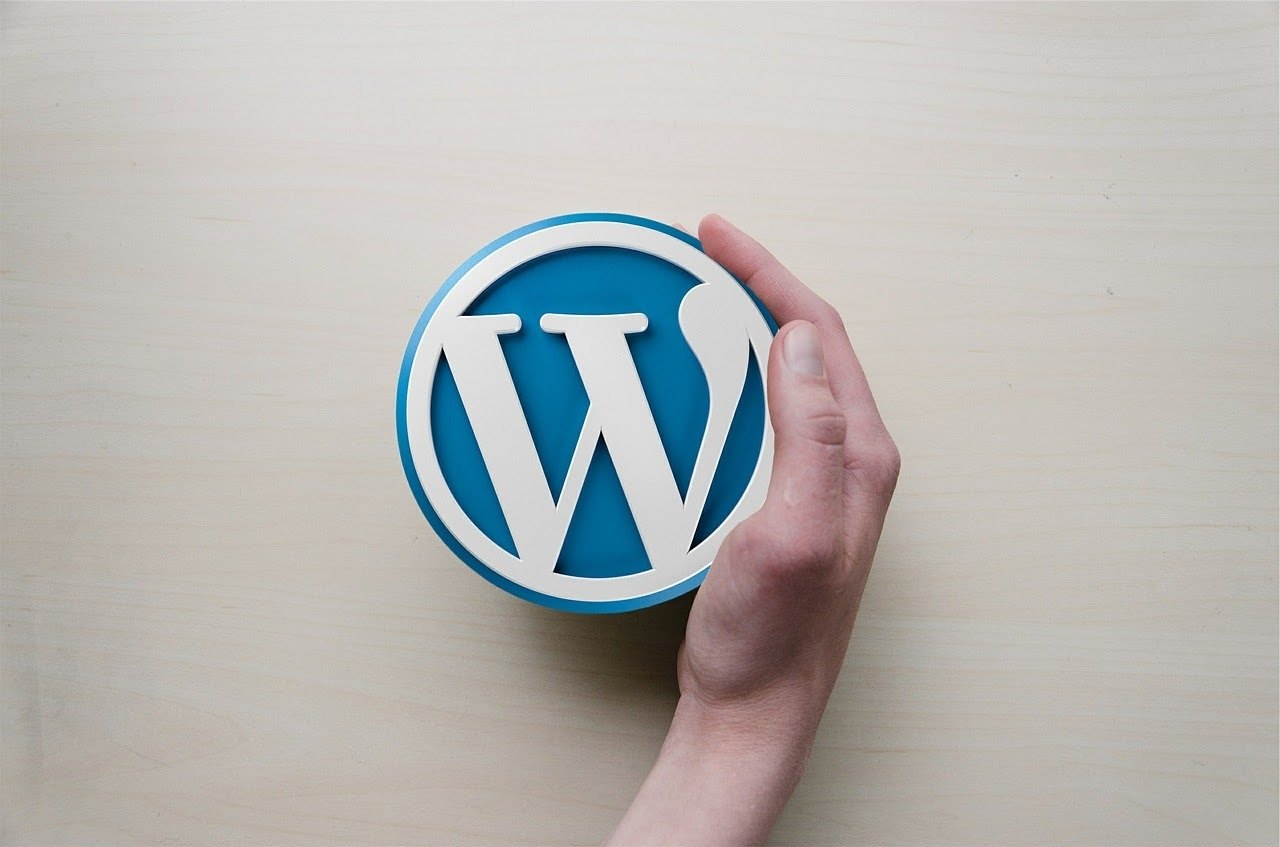 WordPress has a vast library of themes and extensions, built up over years of mainstream dominance. Any respectable SaaS company or integration-capable suite has a dedicated WordPress extension, making it extremely easy to configure anything from email automation tools to customer relationship management tools.

Because WooCommerce is itself an extension for WordPress, it’s compatible with many of these themes and extensions. Quite often, you can use a free extension designed for WordPress to achieve results that you’d have to pay for if you use a Shopify add-on. Shopify cites its strong built-in features as a reason to migrate from WooCommerce, but it’s clear that a WooCommerce store can be just as formidable once you’ve picked out the right extensions.

What’s more, some of the best WordPress plugins have given rise to WooCommerce-targeted revisions, a good example being the Yoast SEO plugin. SEO is critical for ecommerce, and the Yoast plugin is immensely popular for its power and ease of use. And though the original version worked with WooCommerce, it wasn’t a seamless match, so Yoast developed a WooCommerce-centric version. As WordPress and WooCommerce continue to grow, it’s likely that we’ll see this happen more frequently.

You can shop around for hosting 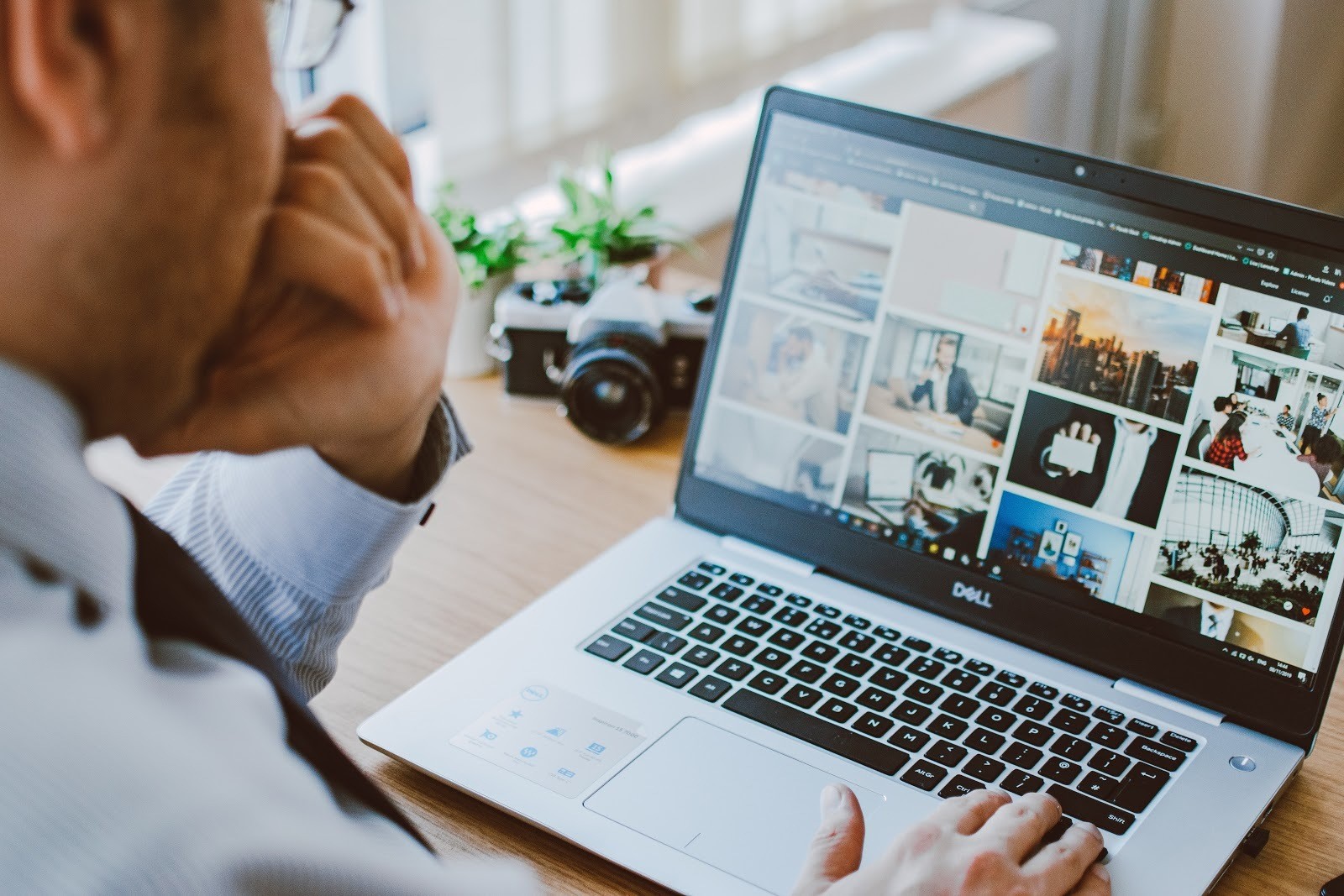 When you run your store on Shopify, you have no choice in the hosting — it’s stored in the cloud, with the specifics depending on your service tier, and you can only trust the company to take care of everything for you. This can be ideal if you don’t really want to get involved and would rather pay for something convenient, but not if you want a choice in the matter.

Using WooCommerce allows you to choose the type of hosting that’s right for you. For instance, you can try ZesleCP Hosting Control Panel to manage your Linux server and install WordPress using their OneClick Apps. You can pay more or less depending on the features you want, so if you don’t anticipate ever needing phone support, you can use a host that only provides email support and get a better deal.

What’s more, if you have to have an existing business relationship with a hosting company, you can take advantage of any discounts they can offer their customers.

How to migrate from Shopify to WooCommerce 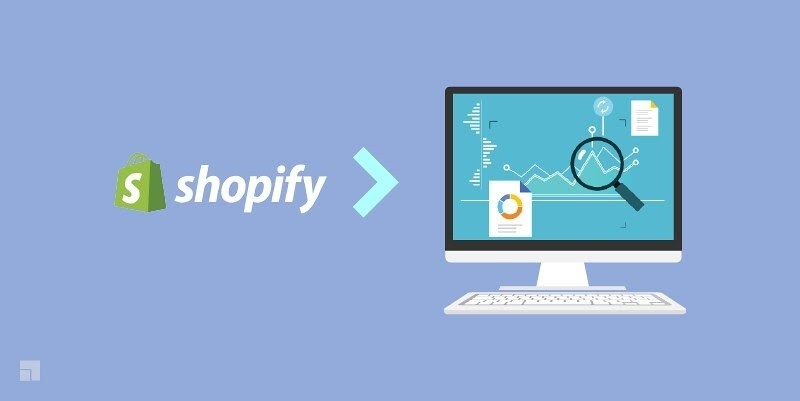 If you’ve decided to migrate your store from Shopify to WooCommerce, you might wonder how to go about it. Well, the answer is simple: use Cart2Cart.

Cart2Cart is an automated migration service tool that does all the work for you. You can get a free demo migration to confirm that it works, then use the pricing estimate tool to see what you can expect to pay for however many products, customers and orders you need to move over.

Considerations to make before you import Shopify to WooCommerce

Before you start the process of migrating from Shopify to WooCommerce, you should consider these considerations and potential challenges.

Is your business ready for the possibility of data loss?

Ecommerce stores are built on robust customer data that informs product selections and website design. The possibility of losing that is enough to scare any store owner away from migration.

To avoid the loss of crucial data when you migrate your Shopify store, make sure you’re paying particular attention to the backup process before you export. You can consider storing your Shopify store data through one of three ways:

It’s better to be safe than sorry. Before you import orders and products from Shopify, make sure you’ve covered yourself.

Can you handle the technical demands of a Shopify to WooCommerce migration? 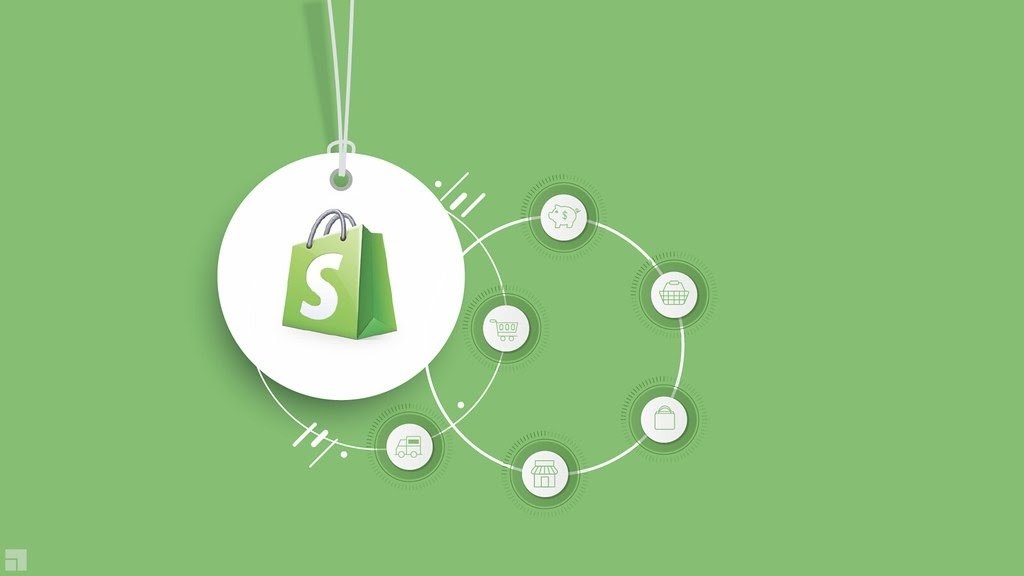 A Shopify store is fairly easy to manage, even with little-to-no technical knowledge.

However, a WooCommerce store can be significantly more demanding and often require you to have at least a basic understanding of everything from domain hosting to SSL encryption certificates to what an API key is. A little bit more complex than the basics of operating an online store.

To ensure you don’t lose your data from Shopify, do some research into the technical demands of WooCommerce before you find yourself overwhelmed halfway through the migration process.

Shopify is a superb ecommerce platform, make no mistake about that — but it’s far from flawless. Meanwhile, WooCommerce is just as strong in some major ways, and even stronger in others.

If you want to take full control over your store, and have the flexibility to experiment with a huge range of extensions, then migrating to WooCommerce might be the right choice for you and one that pleases your customers in the long-term. Get ready to start the migration process!

And if you want a quick indication of the timescales involved in this migration process then watch the video below.