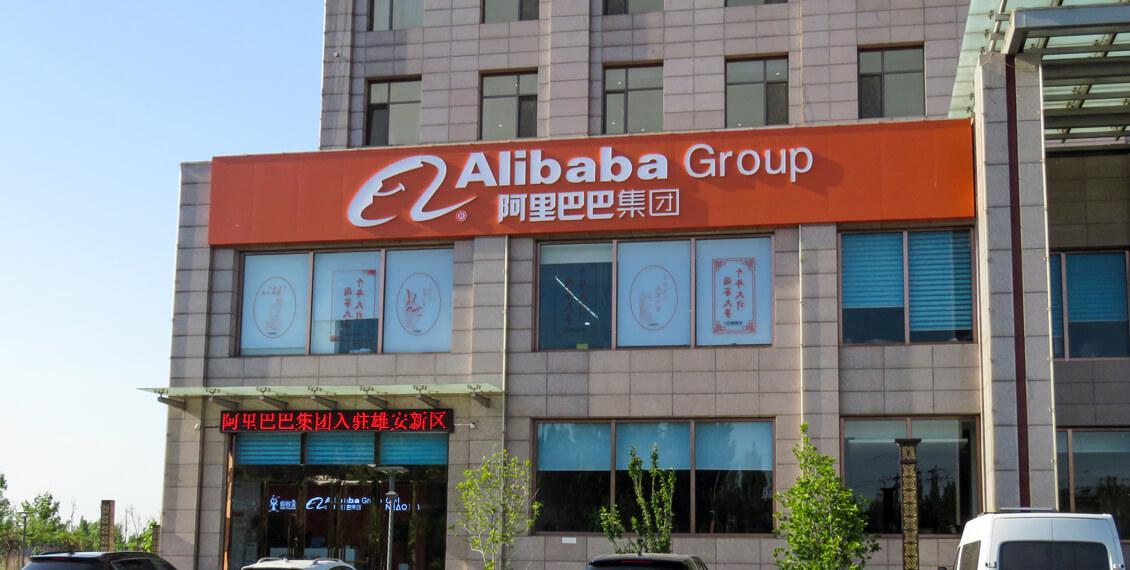 There are some ecommerce giants that you’ve surely heard of. Consider huge retailers like Amazon that dominate sales, raking in huge profits. Think about big platforms like Shopify that allow sellers of all sizes to compete. There are others, though, that you may have missed.

In the Western world, it’s perfectly possible — even likely — that the average shopper knows nothing about the titular titans of AliExpress and Alibaba. They might never have heard of them, yet they’re extremely influential across the globe even so.

Given this, what do they do, and what do you need to know about them? That’s what we’re going to cover here. It’s Alibaba vs AliExpress. Let’s get started.

Alibaba, run by the Alibaba Group, is an online marketplace that caters to the B2B world.

In other words, it deals in wholesale supply of ready-to-ship products. Interested parties can browse the massive and neatly-categorised range of products to find suitable items, then get the contact information for the relevant suppliers so they can reach out to them.

Note that there are no one-click retail options on offer through Alibaba. It’s purely a resource for connecting suppliers and sellers. This also means that it isn’t intended to be used by end consumers. Many items have onerous minimum buys, and many suppliers won’t be willing to engage with buyers who aren’t looking to form lasting business partnerships.

It’s admittedly possible to contact an Alibaba supplier and convince them to part with just one product at a bargain price, but it’s hardly a reliable option, and the amount of time you’d need to spend negotiating would likely ensure that the entire thing gained you little (if anything).

What Alibaba is for the B2B world, AliExpress is for B2C retail. 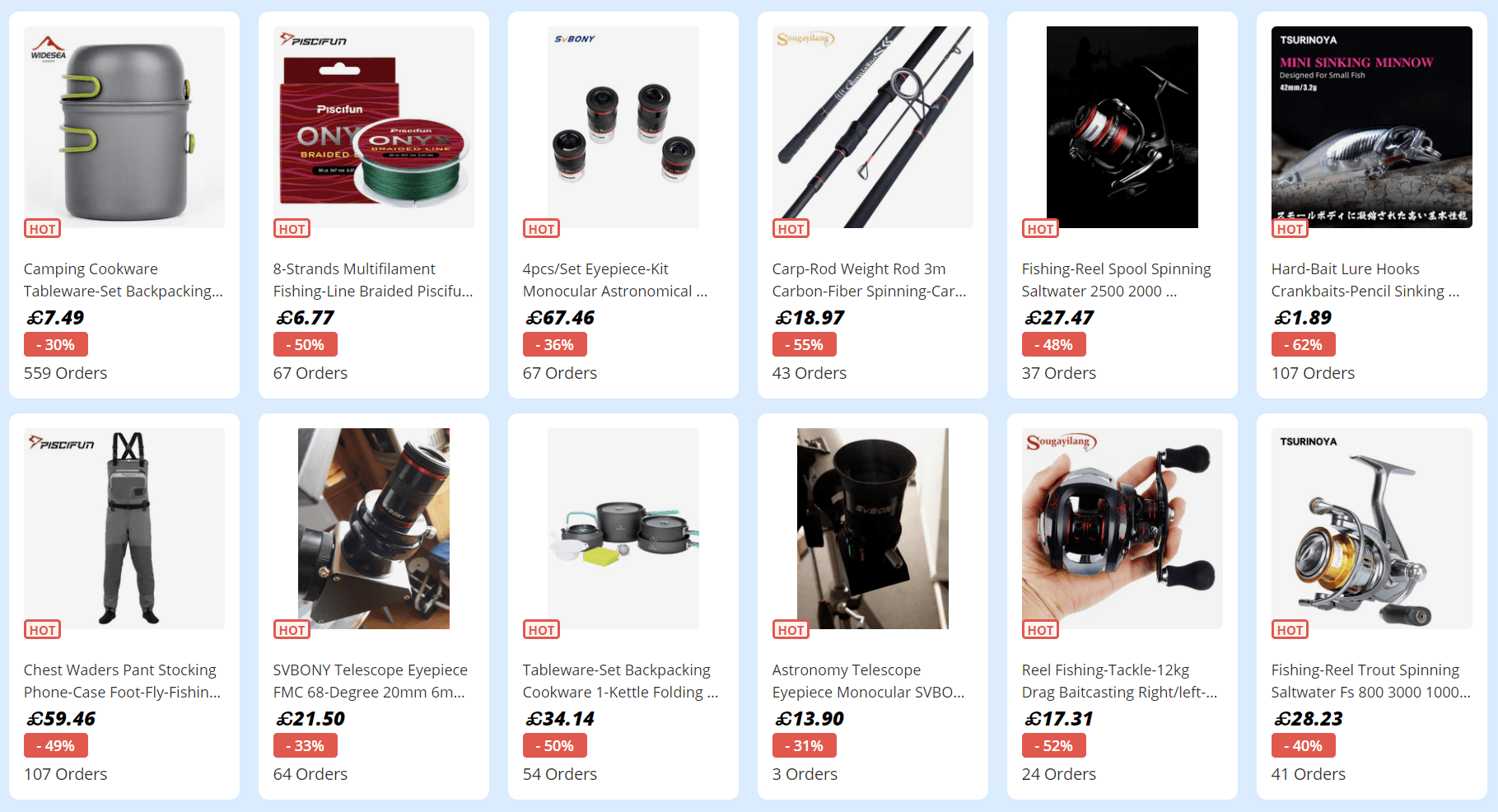 It’s a marketplace in which suppliers from throughout Asia can list their products for consumers to purchase. The range of products is similarly large, but there are no minimum buys, and there’s a full ordering system.

The more online shopping you’ve done, the more likely it is that you’ve purchased something that was routed through AliExpress — even if you didn’t know about it. This is because AliExpress plays a huge role in the dropshipping world. Dropshipping is a process through which ecommerce sellers can list and sell items that they don’t actually stock: every order they receive is passed to a third-party seller for processing and fulfilment.

Due to this, if you’ve purchased a reasonably common item from a retailer outside of Amazon and received it after an extended wait with a different brand name than what was in the listing, it’s very likely that it was sourced through AliExpress. This doesn’t mean that the item is of low quality, though. It may well be excellent value.

The difference between Alibaba and AliExpress: how do they compare?

There’s no particular need to compare these marketplaces because they’re owned by the same company and deal with the same products and suppliers. The difference between Alibaba and AliExpress lies purely in their purposes and target audiences. Alibaba is the wholesale platform for ongoing purchases at a business-level scale, while AliExpress is a consumer-friendly portal for shoppers who might otherwise order from Amazon or eBay.

If you’re just looking to buy individual items, then you should steer clear of Alibaba unless you’re particularly eager to spend a significant amount of time haggling with suppliers (and probably needing to overcome a troublesome language barrier in the process).

If you’re aiming to sell online, though, then here’s the breakdown. Alibaba is a great resource for helping you form independent supply deals, something that will be extremely useful if you’re trying to set yourself apart (perhaps by selling customised product variants or securing exclusive rights to sell certain items) or agree favourable terms through making bulk commitments.

AliExpress, on the other hand, offers a seller two things: an easy route to buy products to sample, and a smooth path to dropshipping. The latter is most significant because dropshipping is tremendously useful for budding sellers. You don’t need to stock anything or deal with any shipping companies to sell that way — the profit margins are thin, but the worst-case scenario is that you don’t make any sales (which won’t lose you money aside from hosting costs).

There are other supply routes for dropshipping (Cloudways has a good list of alternative services), but AliExpress is the biggest by a wide margin, with an unmatched selection of suppliers, myriad product categories, and support throughout the ecommerce world.

Are Alibaba and AliExpress safe to use?

There are two points of comparison worth using when thinking about safety and reliability. The first is the standard of a decent ecommerce service in the western world, and the second is the standard of the average marketplace offering access to suppliers in Asia.

The first comparison isn’t particularly flattering. Products purchased through AliExpress can be much slower to arrive than anticipated. Items can show up damaged or with parts missing. In the worst cases, orders can fail to arrive at all — and the system for getting refunded is far trickier than anything you’d find from the average seller.

The second comparison, though, is quite favourable. Other dropshipping and B2B marketplaces are significantly less reliable and provide even fewer ways of resolving any issues that may arise. Even if it’s due largely to the immense size of the Alibaba Group and the popularity of its services, it’s undeniably true that using Alibaba or AliExpress is a fairly safe option at this point.

In the end, the most important thing is that you know what can go wrong when you use AliExpress. Since Alibaba just puts you into contact with suppliers, the onus will be on you to ensure that they’re reliable and put solid terms into place — but with AliExpress, you’re stuck with whatever service you’re given, and that service is far from flawless.

Should you use Alibaba or AliExpress?

So, with all that considered, should you — as a seller — use AliExpress or Alibaba? Or both?

The answer depends on what kind of operation you’re running, and what you’re hoping to achieve. AliExpress is more commonly useful due to the usefulness of dropshipping, so you’ll find it difficult to avoid if you want to sell things without stocking them.

With Alibaba, though, you need to communicate with suppliers to line up some suitable deals, and that’s something you might not be very comfortable doing. There’s also the awkwardness inherent to importing products from afar. It leaves you disconnected from the manufacturing process and puts you at the mercy of production methods that can change in a heartbeat.

That said, there’s still a lot of sense in looking to products from the Asian market. If you’re discerning and know how to repackage items to sell them with substantial profit margins, some time spent browsing Alibaba could end up making you quite a lot of money.

Overall, there’s no compelling reason why you shouldn’t view these marketplaces as valuable resources that you can use whenever justified. There’s nothing much wrong with them. They’re not scams or flashes in the pan. They’re well-established operations that have been around for a while and aren’t going anywhere.

Wrapping up, then, what’s the conclusion of the grand battle of AliExpress vs Alibaba? It’s a draw.

No, that isn’t right: it’s more akin to a no contest. These marketplaces aren’t at war. Not even close. They’re on the same side, owned by the same company and using the same suppliers and products to serve different purposes.

You don’t need to pick one, then. Instead, you just need to know what they are, what they do, and how you can use them as resources to further your ecommerce venture. So if you need to do some dropshipping, head to AliExpress — and if you need to find some products to import from the Asian market, take a look at Alibaba. It’s really that simple.

Previous Post The Best Ecommerce Hosting Providers For WooCommerce Stores: What Should You Choose? Next Post How to Start Marketing Your Ecommerce Store on Pinterest in 2021 & Why You Should